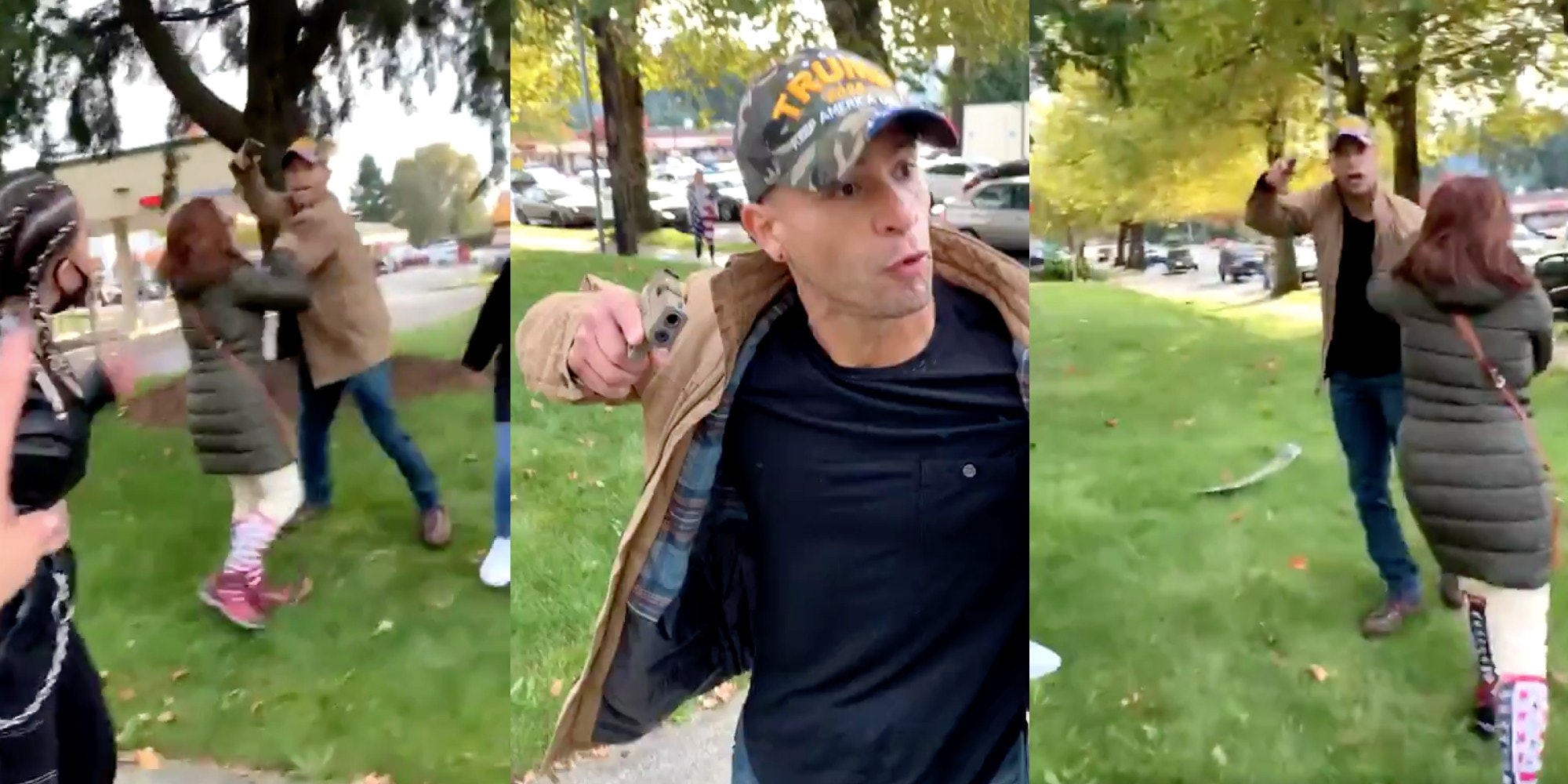 A supporter of President Donald Trump was captured on video aiming a firearm at a group of teenage girls after allegedly being splashed with water.

The footage, captured near a pro-Trump rally in Washington State, begins with the man, who can be seen wearing a Trump hat, waving the pistol while shouting at the girls.

Trump supporter pulls a gun on some teenage girls after getting splashed by some water at an unofficial Trump rally.

An unidentified woman with the gunman can be seen attempting to pull him away from the group, to little success.

The individual filming can be heard repeatedly shouting “gun” while demanding to know the identity of the man.

An individual on Twitter claiming to have witnessed the incident says the girls were not responsible for splashing the man. Another man, who reportedly fled the scene, was said to have thrown the water.

Police reportedly arrived on scene soon after and confronted the gunman. The man is alleged to have told the officers “that he thought it could have been acid” before suggesting that the water could have been “chewing tobacco” or feces.

The Twitter user also shared additional footage of the man physically assaulting one of the teen girls during the encounter.

“More footage of him,” @JustABitAlien said. “Here he shoves an unarmed teen with his gun drawn.”

More footage of him. Here he shoves an unarmed teen with his gun drawn. pic.twitter.com/d1sd9jelro

The alleged witness claims that the man was not arrested and ultimately was allowed to leave the scene.

Police, according to the Seattle Times, have still not discovered the identity of the man who threw the liquid.

The footage has been viewed more than 1.3 million times on Twitter alone.

The post Trump supporter pulls gun on teens after allegedly being splashed with water appeared first on The Daily Dot.

Erin Brokovich calls out Joe Biden over his EPA choices

Everyone is turning into anime characters with this viral face filter